In the coming decades, type 2 diabetes mellitus (DM) is likely to remain one of the most urgent medical and social problems worldwide.

This is due both to an increase in the number of patients due to the predicted sharp increase in morbidity in developing countries and an increase in life expectancy in industrialized countries, and to premature disability and mortality of patients due to the development of late complications of diabetes (5, 7, 12, 16, fifteen). Already at present, type 2 diabetes is a heavy burden for the economies of even industrialized countries: the cost of treating patients with type 2 diabetes is 2-3 times higher than in people without this disease, and grows as glycemic control worsens and complications progress.

Currently, there are at least three long-acting insulin preparations on the market: NPH-insulin, which has already become a classic, as well as insulin analogues – insulin glargine and insulin detemir. Insulin glargine (LantusÒ) is the first insulin analogue that appeared on the world market in 2000 and has been used to treat diabetic patients in the Russian Federation since 2003.

During this time, a large number of well-controlled clinical studies have been conducted that have evaluated efficacy and safety insulin glargine, with most studies comparing it with NPH insulin, the most commonly used basal replacement therapy (3, 4, 8, 10, 11, 13, 17). However, the rigidity of the protocols of these studies creates limitations for extrapolating the results obtained in this way to everyday clinical practice. Surveillance programs that include large cohorts of patients using these drugs in daily life may provide more valuable information about the use of study drugs and their impact on patients. 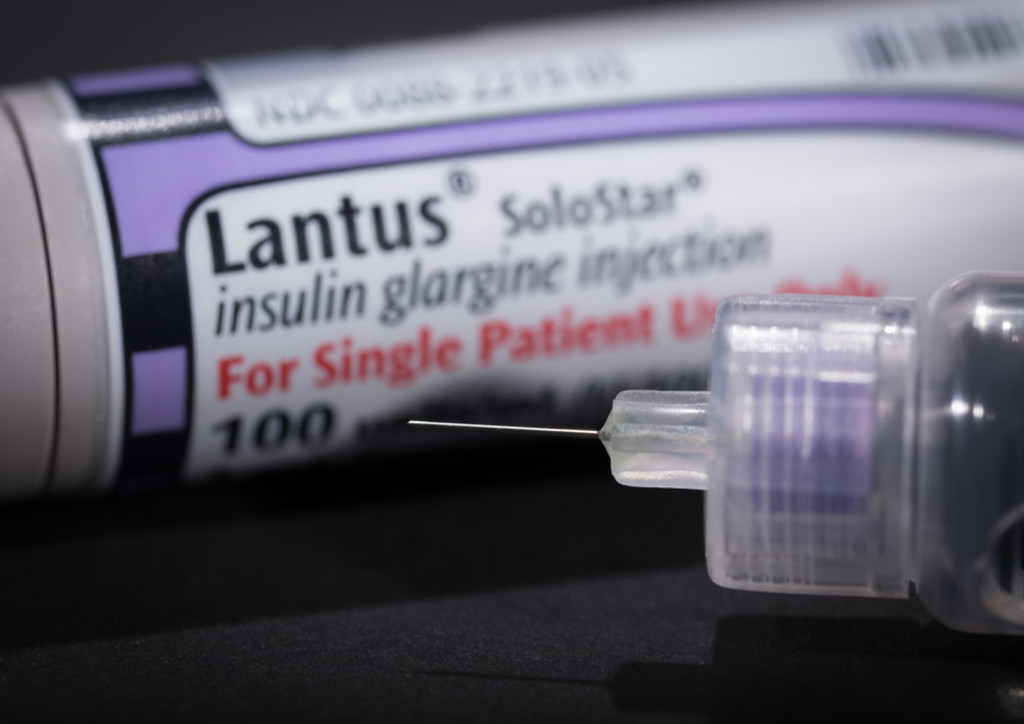 In this regard, we carried out a program for the use of insulin glargine (LantusÒ) in patients with type 2 diabetes in a wide clinical practice.

The main goal of the program was to evaluate and compare the effectiveness of insulin glargine and NPH insulin (change in HbA1c levels) in patients with type 2 diabetes. It was also planned to evaluate and compare the efficacy and safety of both insulins, such as changes in fasting glycemia, average doses of drugs, frequency of episodes of hypoglycemia.

Design. A multicenter, open, retrospective, parallel group program comparing the continuation of NPH insulin therapy and switching from NPH insulin therapy to insulin glargine therapy in patients with type 2 diabetes. The program was conducted in polyclinics of the Russian Federation with the participation of 366 endocrinologists (Figure 1 ).

Patient data were recorded in specially designed questionnaires. The cards recorded information about the demographic and anthropometric characteristics of the patient, the ongoing hypoglycemic therapy, doses of oral hypoglycemic drugs (OSBP), the type of basal insulin and its daily dose, the level of HbA1c and fasting glycemia, the frequency and type of hypoglycemia, the frequency of self-monitoring using a glucometer, the number of patient visits to the doctor and cases of emergency hospitalization. Comparison of groups by qualitative characteristics was carried out by analyzing contingency tables using a two-sided Fisher’s exact test, the χ-square method, using the Mantel-Hentzel method. Comparison within the group by qualitative characteristics was carried out using the McNemar test. Data in the text and tables are presented as M ± m (M is the arithmetic mean, m is the standard deviation). Differences were considered statistically significant at p < 0.05.